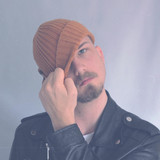 The Calle Stenman Quintet is a Swedish jazz group that merges jazz with elements from other genres. The members of the band are all parts of various acts on the Nordic jazz scene. Moreover, the group has collaborated with Swedish artists such as Oskar Schönning and Sara Parkman. In 2019, The Calle Stenman Quintet released their debut album “Mr. Sands is in the Dressing Room” on the Norwegian label AMP Music & Records. The album was well-received by critics both in Europe and in the USA. In the fall of 2020, The Calle Stenman Quintet released their second album “America, Oh America” which is an experiment fusing jazz with Americana and just a hint of Swedish folk music.