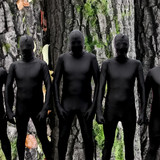 Melodic grindcore: An oxymoronic definition, some might even say a moronic definition, but still the definition that best applies to this Norwegian quintet’s music. Beaten To Death consists of members from Insense, Tsjuder, The Cumshots and She Said Destroy and have won fans over globally for their energetic, strangely melodic and innovative approach to grindcore. With their combination of hysterical blast beats, meaty grooves, double guitar twang attack, asshole-of-god-earthquake bass and tongue in cheek lyrical approach to the shittyness of life, Beaten To Death have dug out their very own little niche in the music world. The Oslo-based troupe recently released their fifth album “Laat maar, ik verhuis naar het bos”, once again to collective critical acclaim from the international music press. As with previous albums, the instruments were recorded live with no studio trickery or software shenanigans to cover up the fvck-vps. 9 years and 5 releases down the line, the band is still flying way under the radar and still pushing the envelope (a teeny tiny envelope, you know the sort of envelopes you attach to a bouquet of flowers that you give to your mother on her 70th birthday. Problem is, since the envelope is being pushed under the radar, it’s a stealth envelope so your mother won’t even see it – insert sad face emoji here) in the grindcore scene. “Agronomicon” got nominated for the Norwegian national music award, Spellemannsprisen 2018.