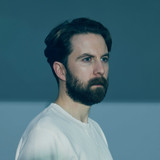 Hunkered down on the South Coast and inspired by the events of the last few years, Tom Williams has announced a new collection of songs which focus on pre- and post-lockdown life, providing beautifully crafted snapshots of modern Britain. The first of these is the new single ‘Follow The Leader’ (out 22nd March), which is the first track taken from his up-coming album of the same name. The new album drops this summer and celebrates 10 years since his debut album. Described by Tom as “an angry swipe at the elders in power that swore they knew best”, the new single takes aim at an older generation who long for a lost Britain that never was whilst simultaneously hampering its future progress. Known for his melodically rich, classic songwriting, the Hastings based troubadour’s music has been described by The Guardian as “surging, vintage pop-rock” and has been championed extensively by Jo Whiley at BBC Radio 2, Steve Lamacq and Lauren Laverne at BBC 6 Music, Huw Stephens at Radio 1, Q Magazine, Clash and many more media tastemakers. Having released six studio albums to date, Tom Williams has built a passionate fanbase of discerning music lovers since his first album, Tom Williams & The Boat’s ‘Too Slow’ ten years ago. His 2017 album ‘All Change’ was voted by BBC 6 Music Recommends as one of their Top Ten Albums Of The Year, and his last album 2019’s ‘What Did You Want To Be?’ which was produced by Tim Rice-Oxley gained radio support from BBC 6 Music, BBC Radio 2 and Radio X.