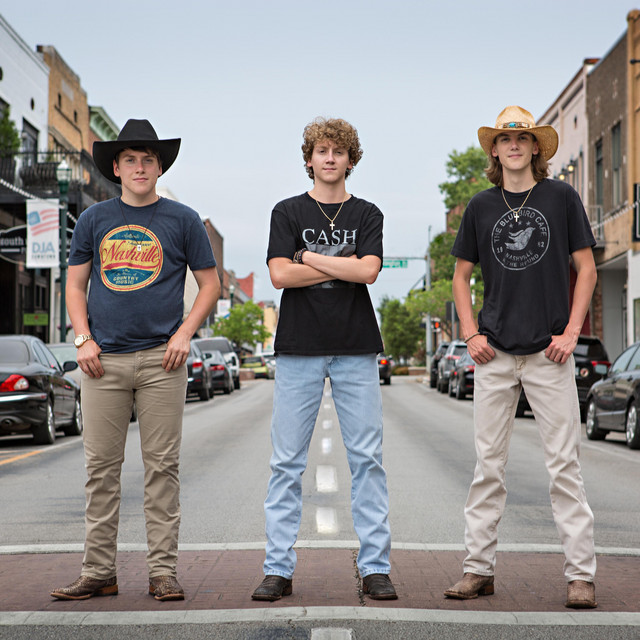 TRIPPP is a country trio of 19-year-old triplet brothers - Treyson, JD, and Chaz Stafford. This band of brothers hails from the small town of Jonesboro, Arkansas and they attend college at Belmont University in Nashville, Tennessee. They picked up the fiddle at age six, but quickly moved on to other instruments. JD chose percussion and is a rare singing drummer, while also handling the roles of lead songwriter and lead singer. Chaz plays guitar and has a unique ear for arranging harmonies and composing the music he and his brothers write. Treyson is the key entertainer in the trio, playing bass guitar and a pair of stand up basses he lovingly calls “Bertha” and “Bessie.” Treyson’s abilities take on greater meaning when you consider he’s worked his entire life to overcome autism. They are best known for their tight family harmony and their unique sound that spans many genres including Outlaw County, Southern Rock, Kentucky Bluegrass, and Memphis Blues.

They have been nominated twice for "Young Artists of the Year" at the Arkansas County Music Awards, have opened for everyone from The Kentucky Headhunters to Smash Mouth, and have been voted "Best Local Band" in Northeast Arkansas three times. Their debut EP in 2020 and their new singles in 2021 are produced by fellow Arkansan Jon Conley (guitarist for Kenny Chesney) and engineered by John Albani at Sonic Eden Studios in Nashville. For upcoming shows, booking, and more info visit www.thebandTRIPPP.com