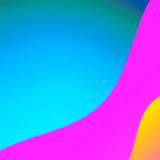 ASHRR exists at the crossroads of analog synth ecstasy, indie shoegazing guitars, psychedelic art-rock and electronic dream-pop . The trio—GRAMMY® Award-nominated producer Ethan Allen, vocalist Steven Davis, and prodigious pianist and multi-instrumentalist Josh Charles—rallied together to conjure up music for ASHRR throughout 2018 and released their full-length debut, Oscillator in summer 2019. NPR touted the music video for “Don’t Wait Too Long” on its coveted “All Songs Considered” as acclaim came from POPDUST, AXS, LA Weekly, buzzbands.LA, airplay on KROQ , and many others.   Their most recent DARK EYES hit a ton of Spotify and Apple Music playlists.

In March, ASHRR released their new single OTHERSIDE on Wehearnoise Records / Kmg / Powered by The Orchard. Currently they are finishing up their next album and getting ready to hit the stage again.