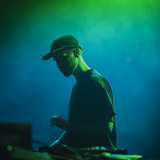 Ian often pulls from immediate inspiration for his art, so it’s fitting his melodic dubstep project, MIZE, has become so unique and personable. MIZE grew up in the deep south; born in Dothan, Alabama and raised by parents fluent in classic rock and blues. As a teenager, he became obsessed with post 2003-hip-hop and trap, even earning a nickname, “Skittles,” among friends due to his passion for the genre and culture. Through this and his love of video games, which exposed him to electronic music, Evan developed a broad, contemporary taste in music that’s prevalent in his career as a producer/DJ today. In 2012, he began diving into production and in 2017 decided on MIZE, a new moniker to honor his late-grandmother and represent his new focus in Ableton bass production. Inspired by genre-coalescing acts like Tipper and Netsky, the MIZE project is aestheticized by a psychedelic blend of heavy bass music, ambient downtempo, and melodic dubstep with a clear hip hop influence blended in. His rise was rooted in successful Soundcloud releases and cultivating an audience via Twitter, but MIZE is beginning to garner attention from throughout the music industry. He’s played before thousands at festivals like WAKAAN Music Festival and High Caliber. MIZE’s debut label release was a single with WAKAAN, followed by a debut EP, Thought Process. Find MIZE at the crux of electronic music’s ever-evolving scene, leading a wave of producers inspired by the world around them.