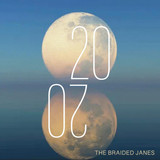 The Braided Janes is a post-punk, Latin rock band from Chicago, IL. The award winning trio was founded in 2012 by family members Jessica Rodriguez (vocals, keys, guitar), wife Juny Alvarez (drums, percussion) and brother in law Andrew Doyle (bass guitar). Bilingual and multicultural, their music blends Latin- influenced rhythms with intricate bass lines and haunting vocals. They've mastered the ability to transcend through language and genre barriers, creating a unique and refined style of their own. Their 4 song EP Waking The Dead debuted on April 14th 2016 on Radio One Chicago. The band later won the IMEA awards Latin Artist of The Year award in October 2016. Aside from their tremendous friendship and love of music, the Braided Janes share a vision for social change. In this era of hateful rhetoric as a means to an end, their music seeks to uplift and empower those that have been scapegoated and labeled as the culprits for this nations woes. Their debut album DESPIERTA touches base on issues such as gun violence and the war on immigrants. It was released May 17th 2019 on all music streaming platforms.Their most recent EP "2020" was released on all platforms on 12/20/2020