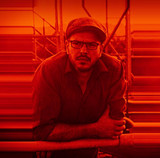 Juan Laya was born in Caracas, Venezuela. Los Charly’s Orchestra (LCO) as he is also known, was involved with music at a very early stage in his life due to being born in a very musical family. Laya’s musical influences are rooted in the 1970s funk and disco sounds that spawned contemporary dance music. Such inspiration can be accredited to Laya’s mother, who was a distinguished vinyl collector and would raise him surrounded by records of Latin, rare groove, funk, disco, and Jazz at a very tender age.

Laya has established his reputation as one of the main characters of the Disco-Funk scene in his base city London as well as the rest of the world. Juan Laya is also the songwriter and co-producer of Los Charly's Orchestra, The Boogie Man, Andre Espeut Quintet, Chennez & The Midnight Players. His productions have been leading the charts of independent Disco/Funk/Soul music from around the world for more than a decade. Laya’s music and productions are constantly supported by some of the most influential personalities that include Todd Terje, Pete Tong, Craig Charles, Tom Moulton, Danni Krivit, Quinton Scott (Strut Records), John Morales, Dimitri from Paris, Joey Negro, Jim Stanton (Horse Meat Disco), Paul Miller and Gilles Peterson from the BBC.Sony Music, Universal Records, Z-Records, BBE, and Imagenes.co.uk Recordings are the main record labels currently supporting his work.https://www.juanlaya.com