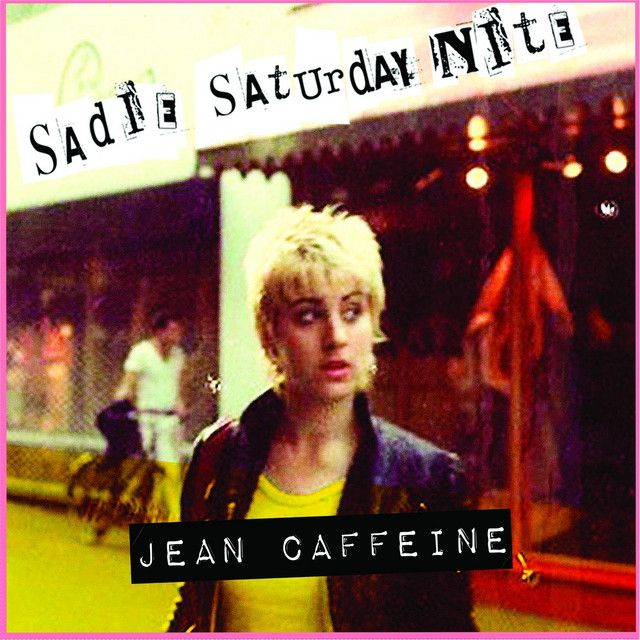 Jean Leider, aka Jean Caffeine, was born in New York to a doctor father and a writer mother (Emily Leider, who pens Hollywood biographies). The family moved from coast to coast a few times before settling in San Francisco when Jean was in second grade. As a teenager, she found herself drawn to rock & roll after witnessing a Rolling Stones concert in 1975 at the Cow Palace. Soon after, she learned drums and discovered punk music, playing for a group called the Urge. She found early inspiration in punkers the Nuns (which featured Alejandro Escovedo). In 1980, Jean moved to New York City, hitting downtown at a musically fertile time on the heels of punk. She started as a DJ at venues like Danceteria and Club 57, then started drumming for an all-girl band, Pulsallama, which featured Ann Magnuson, later of Bongwater. After a growing reputation for their theatrical performances and a tour in England opening for the Clash, Pulsallama came to an end. Subsequently, Jean spent a brief period in a band called Clambake. In that unit, Caffeine was joined by Cathy Crane (the Foams), Liz Gall (Buffalo Gals), and future Rolling Stone editor Holly George. Clambake released an Alex Chilton-mixed EP and then called it quits. Afterward, Caffeine found herself drawn to Austin, TX, where she took a rootsy direction fronting Jean Caffeine's All-Night Truckstop, a "garage country" combo that would play everything from Tammy Wynette to the Rolling Stones. Caffeine's All-Nite Truckstop consisted of regulars Mick Buck and Dennis Ku, and featured at various times Seth and Amy Tiven (Dumptruck), Mark Rubin (Bad Livers), and Charlie Llewellin (the Gourds), among others. The All-Night Truckstop released a self-titled CD and the cassette-only Hard Work and a Lot of Hairspray, which was produced by Gurf Morlix (Lucinda Williams). In 1997, Jean released the cathartic, emotional solo effort, Knocked Down 7 Times Got Up 8. She also taught elementary school art and worked as an animator. Idée Fixee followed in 2000, and featured production by Lars Göransson (the Cardigans). ~ Erik Hage, Rovi