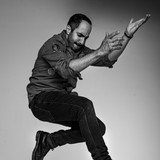 Over the past few years, Soheill has transformed himself + his sound while staying true to his rock roots. He has become enthralled by the use of synthesizers and drum programming in his production to echo his lyrical and melodic interpretations. “Being a producer and performer is a part of my journey that is very important to me. I’ve worked with many talented producers, but I felt like a part of me was missing. I wasn’t really expressing myself in the way that I envisioned. That is why I decided to fully produce all my music moving forward. I feel more honest and comfortable when creating in my home studio.” In 2018, Soheill moved from Los Angeles to Nashville to change his perspective on life. Since then, Soheill has gathered over 500,000 streams on Spotify + Apple Music, has been featured and interviewed on iHeart Alt Rock Radio 97.5, been on rotation at Nashville’s Lightning 100 Radio Station, co-produced his EP “Somewhere Between Love & War” with Sam Kassirer (Josh Ritter Band), and has toured the west coast and the southwest. During quarantine in 2020, Soheill explored his production style and wrote a number of songs that he plans to release as singles in 2021. Stay tuned!