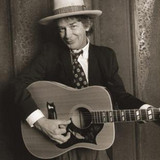 Country singer/songwriter Mark Brine grew up in Cambridge, MA, and, starting at the age of 13, pursued a career in music. He played lead guitar in a rock band called Trans-Atlantic Subway that signed to the local Lightfoot Records label and released a single, "Servant of the People." After six years with the group, he left to play folk music around New England in the late '60s and early '70s. He became increasingly interested in the traditional country music of Jimmie Rodgers and Hank Williams, and in the winter of 1974 moved to Nashville to pursue a career in country. He did not fit into the popular trends in country at the time, but eventually he signed a publishing and recording contract with Door Knob Records and released three singles in 1978, "Hello Lady," "Coming Home to Love," and a cover of the Bee Gees' "Words." In 1979, he switched to Society Records, which released the singles "The Carol (aka The Christmas Carol No One Listens For)" and "My Folks Were Like Ma and Pa Kettle." In 1985, having abandoned Nashville for Baltimore, he anticipated a future musical subgenre by calling his KJK Records debut Return to Americana; the label followed with American Pieces in 1988. In 1992, Resigned Records released Brine's single "New Blue Yodel," and when Hank Snow heard it, he invited the singer to appear with him on the Grand Ole Opry. A New Blue Yodel album followed in 1995. Brine returned to KJK for American Bleak House, a collection of folk-blues with a political edge, in 1999; later that year Wild Oats Records issued Real Special Feelin'. Back in the Country appeared on Sweden's Sound Asleep Records in 2000. Wild Oats issued Brine's For Karrie in April 2003, the same year KJK had the limited-edition children's album Songs & Stories from Mrs. Alexander's Farm. In April 2004, Shut Eye Records released the compilation Fortunes: The Best of Mark Brine. Brine was inducted into the National Traditional Country Music Association Hall of Fame in 2005, and to commemorate the honor, Door Knob assembled the promotional CD I'm Not Anyone: The Nashville Sessions, which combined his earliest recordings with some previously unissued material of the same vintage. The disc was given away as a bonus with purchases of his other CDs on his website, www.markbrine.com. ~ William Ruhlmann, Rovi