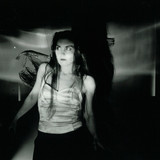 Phoebe Killdeer became known for performing with the French band Nouvelle Vague. https://www.phoebekilldeer.com/   Killdeer went on to pursue a solo career, forming Phoebe Killdeer & The Short Straws, and releasing her first album, Weather's Coming, in 2008. Killdeer's second album, Innerquake, was released in 2011. Her musical style is influenced by Tom Waits and by 1960s rock and blues; her voice has been compared to that of Peggy Lee and of PJ Harvey.   A song from the second album, The Fade out Line, co-written with Craig Walker ( Archive

) was subsequently reworked by the French deep house producer TheAvener. It was released in September 2014 under the slightly altered title, Fade Out Lines. The song charted, reaching number one in Germany, Spain, and Austria, and reaching number 3 in France, and number 6 in Italy.   Killdeer later began a new project, Phoebe Killdeer & The Shift, now The Shift with Ole Wulfers. Their first album, The Piano's playing The Devils Tune (2016), is an experimental collaboration with the Portuguese actress and singer Maria De Medeiros.   Killdeer's latest projects: Them There, with Craig Walker, released in 2018 in France, with the talents of Tyler Pope on Bass, Knox Chandler, Jan-Hendrick Schmid on Guitars, Tim Gane on Keys, Raphael Seguinier on Drums, produced by Victor Van Vugt. The Shift, with Ole Wulfers, work in progress... Kill The Pain, with @melaniepainmusic ( Nouvelle Vague)... watch this space!