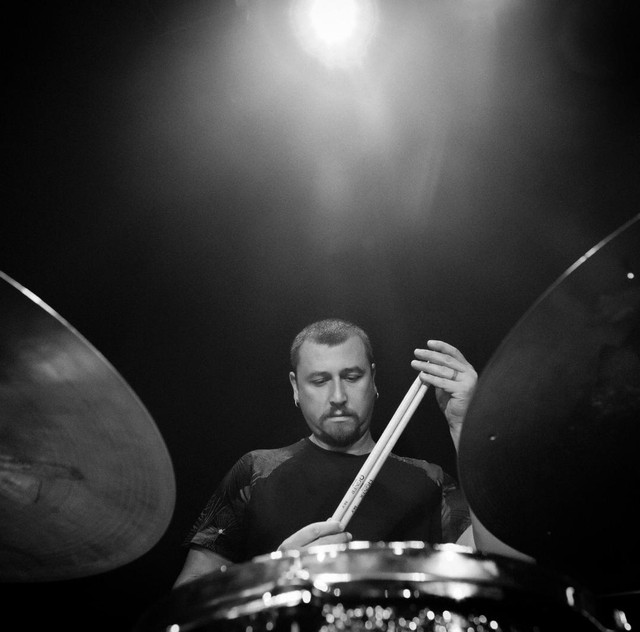 Ediz Hafızoğlu started playing darbuka during his childhood with his father teaching him. As his grandfather opposed this, wanting him to play saz which he learned for several years. Played dozens of shows with his darbuka during his childhood. In 94, the family moved to Istanbul and Ediz started played drums at high-school. After then, he found himself in the music scene of Istanbul, in many different genres.   He played with most of the top musicians in Istanbul as he found this attractive, fitting in different genres gave him the chance to approach music and jazz in multiple directions. The album reflects this mixture including funk, arabesque and pop influences as well as improvisations. Nazdrave has become not just the album’s but also the project’s name after the release.   Ediz Hafizoglu is also an important figure in Istanbul’s music scene with the Drum&Bass Magazine and Guitar Magazine he’s being publishing since years. He also owns his own record label “Lin Records”, publishing independent artists’ albums since 2009.