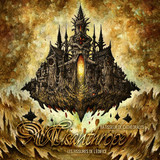 France's Misanthrope are a progressive death metal band who, unlike most of their stylistic brethren, actually lean towards the 'progressive' more so than the 'death' portion of the label. Formed in 1988 by vocalist/guitarist Phillipe De L'Argilière, the band made their recorded debut with 1991's name-explaining Hater of Mankind -- a split E.P. with Chileans Torturer. On this and their subsequent albums, Variation on Inductive Theories (1993), Miracles: Totem Taboo (1994), and 1666...Theatre Bizarre (1995), the band's ambitious efforts to mix energetic metal riffs, incongruous time changes, and even jazz fusion, often proved more perplexing than actually successful -- no thanks to their alternated use of both French and English lyrics. But with 1997's much more cohesive Visionnaire, Misanthrope's unorthodox metallic compositions were finally brought into focus and made to make sense, leading to their first major brush with international recognition. Since then, the group has continued to expand the seemingly boundless possibilities of their style with every release, namely 1998's Libertine Humiliations, 2000s outtakes collection, Recueil d'Écueils: Les Épaves et Autres Oeuvres Interdites, and Immortal Misanthrope, and 2003's Sadistic Sex Daemon. Through it all, L'Argilière has remained the only constant in Misanthrope's history, and has worked with over a dozen musicians. Listing them all here would, of course, be a rather futile exercise, but for the sake of information, his latest supporting cast includes Jean-Baptiste Boitel (samples/keyboards), Gregory Lambert (lead guitar), Anthony Scemama (guitar), Jean-Jacques Moréac (bass), and Gaël Feret (drums). ~ Eduardo Rivadavia, Rovi