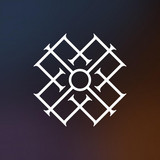 Mother of Millions is a prog-rock quartet based in Athens, Greece. The band has released 3 albums, "Human" (Bungalo 2014), “Sigma” (ViciSolum Productions 2017), Artifacts (ViciSolum Productions 2019), getting the most positive reviews from the audience and the global music press. Mother of Millions sounds equally massive as cinematic. Intense soundscapes involving elaborate rhythms, folk aesthetics and progressive rock tunes. The band performed sold-out headline shows in Athens, shows with Textures on their last European tour, support shows with Ruud Jolie’s For All We Know in the Netherlands, while the band has shared the stage with artists such as Pain of Salvation, Devin Townsend, Leprous, Oceans of Slumber, SepticFlesh etc. In June 2019 during a show promoting Artifacts, Mother of Millions’ keyboardist and beloved friend Makis Tsamkosoglou passed away. Following this tragic incident, the band decided to keep going as a quartet.