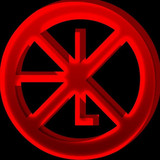 Saulo “XAKOL” Castilho is a singer, songwriter and multi-instrumentalist from Santa Catarina, Brazil. At age 7 he could already write poetry and at age 14 he found in music a new dimension for his art when he started playing the bass and writing his own songs. At age 13, he came up with XAKOL, a short and unique word to express his identity as a pseudonym and the name of his musical project. XAKOL’s second single Metal for Demons features guest singer Detonator, a character played by comedian and musician Bruno Sutter, also the frontman of one of the country’s top selling metal bands, Massacration. In 2019, he became the bass player for Brazilian Metal giants Noturnall, which have featured former members of internationally renowned bands such as Adrenaline Mob, Shaman, Angra and Project46, besides guest appearances from legends like Michael Kiske (Helloween, Unisonic), Russell Allen

(Symphony X, Adrenaline Mob), James Labrie (Dream Theater), among others. His first gig with Noturnall was supporting Disturbed in Russia to an attendance of over 20,000 people. Later he performed in Rock in Rio 2019 and closed the year playing and touring with Mike Portnoy. He is currently working on an 80-minute album co-produced by himself, Thiago Bianchi and Edu Falaschi (Almah, ex-Angra). Though rooted in progressive and power metal, his songs range from simple and catchy melodies to atonality generated by mathematical algorithms, covering a huge variety of sub-genres of metal and rock.