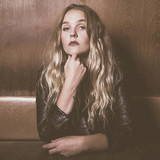 Low ranged vocals seeping with attitude, extensive arrangements and great musical craftsmanship is what sums up the music of Johanna Klingfors. The Swedish singer, songwriter and pianist gives us a new take on the vintage sound, deeply rooted in the musical excellency of the 60/70s R’n’B. Combined with hauntingly personal lyrics, her music both engages and impresses. Being constantly surrounded by the jazz-, blues- and R’n’B music of the 50’s, 60’s and 70’s since childhood, there’s no question as to how the sound of Johanna Klingfors came about. Originally from Stockholm, Johanna grew up in a musician family, listening to those amazing singers and musicians from an early age. It soon became a big part of her own expression and came to play a huge roll in her own music. Whilst earning her masters from the Royal Collage of Music in Stockholm and developing her own music and sound, Johanna’s been playing venues around Sweden and Spain. Touring on backing vocals with the band Napoleon, featuring a huge charity event with orchestra at Palau de la Música in Barcelona (2014), playing the official Nobel after party in (2016) and doing several studio collaborations. All the Same is the first of 4 songs to be released from the EP titled My Soul, The Blues &amp; Other Stories. The EP is a collaboration with songwriter and producer G. Klingfors and will be released in full in October 2018. The EP will be followed up by a full length album due for release in early 2019.