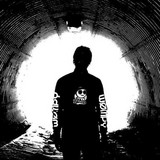 Wompy is the electronic music project of DJ and producer Chris Stankay. Covering a spectrum that includes house, dubstep, drum and bass, trap, and funk, Wompy's music creatively merges elements of both modern and classic dance genres into his innovative original productions. His first single, "Brain Leak", was released on July 7th, 2017 on Sunfall Records. He has expanded his discography on the Sunfall label with multiple single releases, remixes and mashups throughout 2017 and early 2018. He will be expanding his catalog with new digital singles slated for release over the second half of 2018. With a live performance slate ranging from intimate clubs to outdoor festivals, Wompy's energetic live shows find him traveling throughout the East Coast to dancefloors both near and far from his hometown of Pittsburgh, PA. He was selected to appear at both the Big Dub and Clustxr festivals in 2017 and 2018, and has performed in support of artists such as Borgore, Snails, Must Die!, Apashe, Grandtheft, Golf Clap, Rain Man, DJ Aphrodite, Eliminate and Minesweepa. His company Bassburgh Promotions is known for their intense live music events and dance parties in the city of Pittsburgh and surrounding areas. Bassburgh specializes in pairing emerging local and regional artists with featured national acts, resulting in eclectic lineups that capture the spirit of both underground and mainstream electronic music.