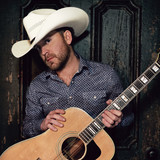 One of the first signings to the Big Machine Records subsidiary Valory Music Group, Justin Moore aimed for the sweet spot dividing straight-ahead mainstream country and bro-country swagger. His track record includes a string of Country Airplay chart-toppers, ranging from "Small Town USA" and "If Heaven Wasn't So Far Away" early in the 2010s to "Somebody Else Will" and "The Ones That Didn't Make It Back Home" later in the decade. A native of Poyen, Arkansas, Justin Moore picked up music as a high school student. Upon his graduation, he played with his uncle's band for a bit before heading to Nashville to take a stab at the country music business. Eventually, he met producer Jeremy Stover, who had connections with Scott Borchetta, the head of Big Machine. Borchetta signed Moore to Big Machine's fledgling Valory Music Group imprint in November 2007. After releasing Moore's digital single "I Could Kick Your Ass" in 2008, Big Machine issued "Back That Thing Up" to radio; it climbed to 38 on Billboard's Hot Country Songs in the second half of 2008. Over the next year, Big Machine continued to set the stage for Moore's debut, pushing the singer on the Internet, releasing a digital EP called The "You Asked For It" EP in June 2009, and working the single "Small Town USA," getting it to number one on Billboard's Country Airplay prior to the August 11, 2009 release of the full-length Justin Moore. The eponymous record debuted at three and generated a subsequent hit with "Backwoods," which peaked at six. "How I Got This Way" completed the album's run by reaching 17 in 2010. Moore returned in 2011 with his second long-player, Outlaws Like Me. Debuting at number one upon its June release, Outlaws Like Me generated two number one Country Airplay hits with "If Heaven Wasn't So Far Away" and "Til My Last Day." The two number ones were separated by "Bait a Hook," which went to 17. At the end of 2011, Moore released a seasonal cover of Chuck Berry's "Run Rudolph Run," which wound up hitting 58 on Billboard's Country Airplay. The entire year was successful enough to earn Moore an American Country Awards nomination for Breakthrough Artist in 2012. Released in March 2013, "Point at You" was the first single from Moore's third LP, Off the Beaten Path. The single reached number two on Country Airplay, setting the album up for a number one debut upon its September 17, 2013 release. Its subsequent single "Lettin' the Night Roll" reached number one Country Airplay. During the summer of 2014, Moore was on the radio thanks to two collaborations: he sang on "Small Town Throwdown," a Top Ten hit from fellow Valory artist Brantley Gilbert, then duetted with Vince Neil on a country cover of Mötley Crüe's "Home Sweet Home." After these two hits, "This Kind of Town" was pulled from Off the Beaten Path, and it topped out at number 44 Country Airplay. All of the hits surrounding Off the Beaten Path led the Academy of Country Music Awards to name Justin Moore New Artist of the Year in 2014, jus five years after Valory released his debut record. Kinda Don't Care, Moore's fourth album, debuted at number one after its August 2016 release, and generated two number one Country Airplay hits: "You Look Like I Need a Drink" and "Somebody Else Will." He returned in July 2019 with his fifth album, Late Nights and Longnecks. Its lead single, "The Ones That Didn't Make It Back Home," became a number one Country Airplay hit. 2020 marked the arrival of the rootsy and nostalgia track "We Didn't Have Much," which was set to appear on his forthcoming sixth long-player in early 2021. ~ Stephen Thomas Erlewine, Rovi