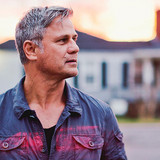 A versatile singer and songwriter of Maori descent who excels at multiple genres, Jon Stevens was a teen idol in his native New Zealand before going on to front stadium rockers Noiseworks in the late '80s and early '90s. Born in Upper Hutt in 1962, Stevens recorded two successful albums of covers and standards while still in his teens. He eventually relocated to Australia, and it was there that he joined Noiseworks, who recorded several well-received albums in the late '80s and early '90s. In 1992 he joined the Australian production of Jesus Christ Superstar as Judas -- the cast recording of the musical became the highest-selling Aussie album of the year. The following year saw Stevens ink a deal with Columbia Records and release his third solo LP, Are U Satisfied, followed by Circle in 1996. In 2000 he was asked to join INXS as a replacement for the deceased Michael Hutchence. He served as the group's frontman from 2000 to 2003, before returning to his solo career in 2004 with the release of the R&B-heavy Ain't No Life for the Faint Hearted. The Works, an acoustic LP that saw Stevens taking on some his most well-known Noiseworks songs, as well as cuts from his last solo outing, arrived in 2005. August 2011 saw the release of the single "Just a Man," in anticipation of the arrival of his seventh solo effort, Changing Times, which dropped later that November, and the following year Stevens teamed up with guitarist David Lowy and formed the all-star American/Australian rock collective the Dead Daisies, who released their eponymous debut in 2013. He left the group in 2015 and signed with Social Family Records, which released his ninth studio long-player, Woman. In 2017 he joined up with the Eurythmics' Dave Stewart and released the album Starlight. ~ James Christopher Monger, Rovi