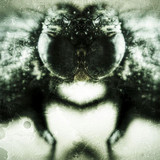 Electro-Industrial, Post-Punk Synthwave hailing from New Hampshire, USA, Originally from Persia. Farhood Nik and Anis Oveisi have reunited to form a new electronic group called Delusive Relics. After touring internationally with the band they had in China, Iran, Turkey, France and USA. Farhood reignited his love for electronic music and finally followed his childhood. Delusive Relics describe their music as a culmination of genres such as Synthpop, Industrial, EBM and Electronic Rock and are inspired by artists such as Depeche Mode, Massive Attack, NIN, Gary Numan and Tangerine Dream. Delusive Relics 2018 debut went off with a bang as they released their single ‘A Woman’s Diary’, the first in an 11-track series titled ‘Chaotic Notions’ was release in February 2019. ‘A Woman’s Diary’ has already been broadcasted on MTV and VH1 and racking up thousands for views on YouTube. Delusive Relics pride themselves on addressing taboo issues with their music too as they dedicated their debut song to gender equality. The independent music website Come Here Floyd, gave “A Woman’s Diary” a rave review, saying that, “Delusive Relics’ music is not only a blend of multiple genres, but it is a fascinating description of how our human emotions are such, as well.”

They were Nominated for Best Band from New Hampshire 2019 from New England Music Award. Their Second album "The Blind Owl" is going to release in February 2021.