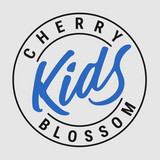 Cherry Blossom Kids are a five-piece indie pop/powerpop band from Copenhagen in Denmark. The band combines a modern, tight sound with obvious references to prior decades' pop and rock traditions. With a simplistic and sincere approach to lyric- and songwriting the band's appealing melodic trademarks are undeniable. Last year, the band released two singles, both of which received praise from various music blogs as well as airplay in several Nordic countries. Their debut album 'Known Stranger' will be released February 19th and features nine tracks that will take you on a wave of retro vibes, romantic longing and a feeling of youthful freedom. So tighten your Converse All-stars and get carried away by the band's catchy melodic expression with infectious hooks, multi-voiced choir and playful live shows.