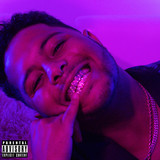 Jacob Waddy (aka WADDY) is a high vibration of playa vibes from the East Side of Atlanta Georgia (Dekalb, County) Sounds produced by Buddah Bless, HitemWithTheJabz, Jordan Johnson, Amos Miller, Yayo 1080p, and more. Born Jacob Waddy Gayton, known professionally as Jacob Waddy; is an American hip-hop artist and songwriter. In May 2017, after releasing the music video for his song "Dekalb”, he became the new frequent listened to phenom due to his vibrant, smooth, melodic, and lyrical vibes. ‘WADDY’ gained many fans throughout his area of upbringing and similar regional areas, Intended to lift your spirit and keep you going, WADDY is a student of Hip-Hop music as shown in his flexibility across his studio work. After releasing his latest project "Big Kid Trap City" with 11 tracks of witty lyricism over popular trappy musical sounds mainly produced by himself, it showed just that. Prior to his latest album, he released 2 videos off the "Eclectatrap" album, to complement those musical characteristics with “In Trouble” and “Late Night” which again sprung his career and fan base to a different level of success. He continues to thrive and receive production by Multi- Platinum producer Buddah Bless This Beat whose responsible for smash hits such as “Out West” by Travis Scott, “Heat” by Chris Brown, and many more hit records.         Jacob Waddy