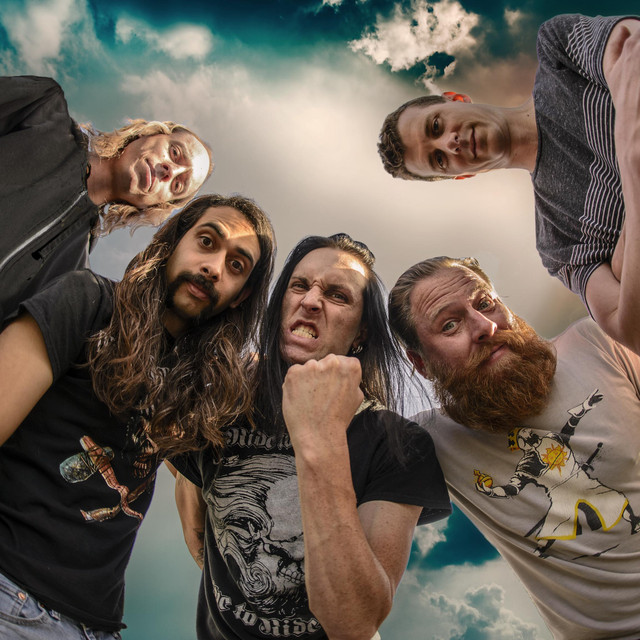 With a definite progressive metal bent, SORIZON aims to break down subgenres to bring metalheads together. SORIZON's previous releases have garnered overwhelmingly positive reviews, including proclamations that they “rival the better work of Symphony X” and “the guitarists complement each other like not many bands have done; Maiden and Priest come to mind.”   The new album, Thanatos Rising, featuring powerful artwork painted by Eliran Kantor (Testament, Sodom, Havok), is out now on limited edition blood red and black galaxy vinyl with handwritten notes from the band.   “‘Thanatos Rising’ is a journey through the nightmarish battles of life and death, ending with worth and wisdom,” says guitarist Dr. Danny Mann.   The themes of Thanatos Rising resonate with the state of the world: death, fear of the unknown and the hope of renewal. Thanatos Rising brings SORIZON's peak of songwriting and critically acclaimed production.   Keith McIntosh (vocals), Dr. Danny Mann (guitar), and Sean Elston (drums) began making metal in the band Joust in 2006. After a short but successful run, they decided get heavier and more progressive; thus spawned Sorizon in 2008. After a few lineup changes, Sorizon now rocks an undeniable chemistry with Tim Hall on guitar (since 2011) and Kevin Vickers on bass (since 2012).   Follow SORIZON and join the party!