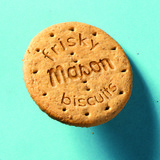 Giving one big finger to trends, mediocrity and genres has been Mason’s mantra for over twenty years. His studio creations and energy behind the decks are a direct reflection of this personality. Equal parts groove, melody and eccentricity the Dutchman avoids jumping on electronic music bandwagons at all costs.   In the last two years he’s had releases on respected labels such as Island Records, Defected, Kittball, Sweat It Out, Skint and Bunny Tiger. Mason’s ‘Rhino’ was one of the tunes of last summer, which became a BBC Radio 1 'Hottest Record In The World'.   There have been two fully-fledged Mason artist albums, featuring a plethora of guest artists. He’s so far managed to persuade the likes of Róisín Murphy , The Noisettes, Aqualung, Hercules & Love Affair and Jocelyn Brown to join him. Even hip-hop royalty like Darryl "DMC" McDaniels , Sway and Kurtis Blow have found themselves on Mason records. More recent partners in crime include Stefflon Don and The Manor.   In what is becoming a very trend driven, genre specific world Mason constantly strives against the norm by creating music on his own terms. The most important thing is simply making what he'd like to play that will also engage his fans on a dance floor or over the ether. What Mason does have is a unique vibe and ‘fuck you’ attitude to making music that is infectious and refreshing.   For all bookings & inquiries www.musicofmason.com / steve@animal-language.com