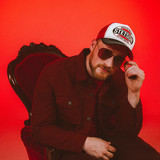 Harbor & Home is an alternative rock band from Minneapolis, MN. Their sound embodies modern Roots Americana with classic Rock N’ Roll. Their first album, “Dark Days” is an acoustic folk album mixed by Kevin Augunas who mixed the first breakout record for The Lumineers. Following the release of their first album, the band toured across the country sharing the stage with such acts as Jeremy Messersmith, Eric Hutchinson, Mark Chesnutt, FLOR, From Indian Lakes and Austin Plaine. They released their sophomore album “Fighter” in May of 2017 after working with the producer and engineer Christopher Furst at Studio 65 in Ham Lake, MN. After another year of touring across the country the band released another single, “You Want It Too”. Their following EP is a single take, live recording tracked at the GARAGE in Burnsville, MN and performed in front of a live audience. The band continued to release new singles in the start of 2020 and celebrated the release of their latest album, “Hold On To Love”. The Album was tracked in both their home studio in Minneapolis and also Electric Nature in Nashville, TN. Working with Producer, Ben Garrett and Mixing Engineer, Alex Kimball, their sound has embodied more of a classic rock and classic country vibe than previous records while still holding the same honest reflections of life.