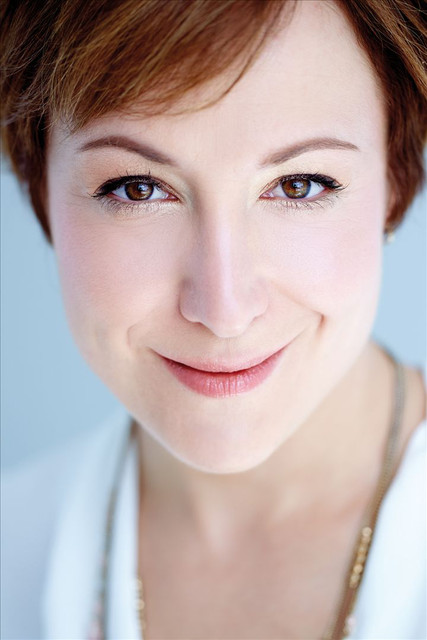 Quebec mezzo soprano Julie Boulianne has a versatile voice, with a range from the Baroque to contemporary music, that has taken her to major operatic stages in Europe and the U.S. as well as her native Canada. Boulianne was born November 21, 1978, in Dolbeau-Mistassini in Quebec's far north. She attended the Schulich School of Music at McGill University in Montreal and distinguished herself with first prizes at the Canadian Music Competition and New York's Joy of Singing Competition. After several more prizes from the International Vocal Arts Institute and the Concours de Chant de Montréal (Most Promising Career), she attracted the attention of the Naxos label, which released her recording of Ravel's Shéhérazade and L'enfant et les sortilèges in 2009. Since then, she has appeared on many of the world's leading operatic stages. These include the Metropolitan Opera in New York, where she has specialized in French opera (Siébel in Gounod's Faust, Stéphano in that composer's Roméo et Juliette, under the baton of Plácido Domingo, Ascanio in Berlioz's Les Troyens, and Diane in Gluck's Iphigénie en Tauride), but has also starred opposite Renée Fleming in Dvorak's Rusalka. She has appeared at the New York City Opera, the Festival Opéra de Québec, Opéra de Montréal, Minnesota Opera, Vancouver Opera, and, in Europe, the Opéra Comique in Paris, L'Opéra de Marseille, the Opéra de Toulon, the

Opéra-Théâtre de Limoges, the Aix-en-Provence Festival, the Dutch National Opera, as well as at Covent Garden and the BBC Proms in Britain, and many others. Her orchestral record is similarly impressive, including performances of Janacek's The Cunning Little Vixen with the Cleveland Orchestra, Mendelssohn's A Midsummer Night's Dream incidental music with the Baltimore Symphony, Beethoven's Missa Solemnis, Op. 123, and Haydn's Lord Nelson Mass at New York's Mostly Mozart Festival under Yannick Nézet-Séguin. Her Canadian appearances are numerous and include the Bach St. Matthew Passion, BWV 244, with Montreal's Orchestre Métropolitain and the Symphony No. 3 in D minor of Mahler with the Calgary Philharmonic. Boulianne has recorded for Canada's ATMA Classique and Analekta labels, releasing an album of Mahler songs on the former in 2011 and a complete cycle of Fauré's songs, also for ATMA Classique, in 2018.