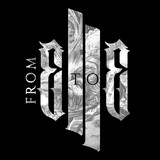 From Eden To Exile

Featuring From Eden To Exile

From Eden to Exile are a Northampton-based metalcore outfit that specialise in their own brand of high impact, dynamically shifting metal. Their combination of thrash and death metal influence guarantees to provide a crushing and melodic live show with plenty of twists and turns along the way.

From Eden to Exile have been active since 2012 and have continued to evolve their sound and live performance ever since. Entering and winning the highly esteemed Metal 2 The Masses competition earned them a place at Bloodstock 2015 and helped elevate their name on the UK underground metal scene to new heights. 2017 saw the release of the debut album Modern Disdain, which was featured on an iteration of the Fear Candy CD included with Metal Hammer magazine and also saw the video for lead single Volatile premiered exclusively on the Terrorizer magazine website. In the same year, From Eden to Exile performed at Techabilitation 2017. Off the back of a national tour supporting the release of Modern Disdain, From Eden to Exile later performed at UK Tech Fest 2018, provided main support for Martyr Defiled, and performed as guest headliners for the Metal 2 the Masses final in Milton Keynes.