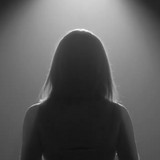 Sky Orchid is a band of two brothers, Gabriel and Daniel Traknyak hailing from Houston, Texas. They play and write beautiful, timeless music that has been aired on college radio stations and can now be streamed anywhere! They mostly record themselves but have worked with award winning studios and producers like Tambora Records out of Bogotá, Colombia, Edgewater Music Group out of Sugarland, Texas and Simpson’s Sound Lab out of Kansas City, Missouri. They have also worked with great cinematographers like Joe Dooling with Beatwatch, Marius Klovning with Silver Camera Media LLC, and George Chuang with Vessele. Type Sky Orchid to see their stunning music videos on YouTube.