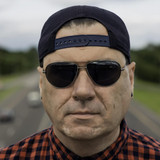 Marq Walsh aka QuestionmarQ is an accomplished DJ, Producer & Remixer from Cork City, Ireland whose style spans the spectrum of electronic music from deep house to techno and chillout. Over the past decade he has built up an impressive catalogue of releases on a number of renowned international labels including Global Underground, Soma/Darkroom Dubs, Gotta Keep Faith, Vision Collective Recordings, Resopal Schalware, 2600 Rec, SeedyR, Toto & Manuscript Records. As a DJ, Marq's career began in the early 90's where he held a residency in Ireland's best known Dance Club 'Sir Henry's' in Cork City where he spent close to 8 years entertaining the Saturday night faithful and shared the booth with some of the biggest names in house music including such names as Carl Cox, Laurent Garnier, Sasha, John Digweed, Christian Smith, Silicone Soul, Danny Howells, Mr C. and many more. As well as 'Sir Henry's', Marq has played in a number of Ireland's top clubs and he held a residency in U2's Dublin Club 'The Kitchen' as part of Genius and has had guest dj appearances in clubs in New York, Boston and London's 'Ministry Of Sound' Mark is also one of the founding members of Vision Collective Recordings which was set up in 2011. The labels releases have received global support and have featured on a number of high profile radio shows on BBC Radio, Ibiza Global Radio, Ministry Of Sound Radio, Kiss FM Australia and have been supported by club djs internationally.