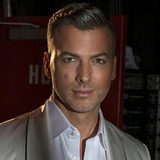 Perfectly fusing vintage old school cool and contemporary jazz, soul and pop energy and swagger, Ben Sharkey has enjoyed an extraordinary dual career over the past ten years. Since the charismatic vocalist posted his first raw home videos of himself singing Michael Buble and Frank Sinatra classics to YouTube in 2007, he has amassed over 5 million views worldwide for over 70 clips – including the professionally shot, James Bond themed original “What You’ve Given” (over 150,000 views alone!) The Michigan native has also become one of the Motor City’s premiere live entertainers, with hundreds of performances at jazz hotspots like Cliff Bell’s and a five year and counting residency at the Axis Lounge at the MGM Grand Detroit. Over the years, many of the write-ups and promotional materials employed on Sharkey’s behalf have casually compared him to Frank, Buble, Dean Martin, Mel Torme and Harry Connick, Jr. They’ve mentioned his ability to delight fans with “his romantic style and velvet vocals on old swing and jazz standards that would make Ol’ Blue Eyes himself green with envy.” Yet once the singer began wowing live audiences by peppering the set list with his dynamic original songs, it became clear that he was developing into a singular artist with a hybrid style and vision all his own. His critically acclaimed 2011 independent album Day into Night laid the groundwork for Sharkey’s explosive emergence in 2018 with his Woodward Avenue Records full length debut Mercury Rising.