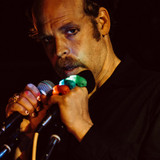 Bonnie "Prince" Billy is one of the many aliases singer and songwriter Will Oldham has used in his career in music, and it would become the most prolific, with Oldham releasing nearly all his material under the moniker from 1999 onward, the year he issued the breakthrough album I See a Darkness. Whether known as Bonnie "Prince" Billy, Palace, Palace Brothers, or Palace Songs, Oldham's music has consistently used the musical framework of vintage folk and country as a vehicle for his songs imagining the joys and failings of human nature. Depending on his mood, Oldham's voice can be clear or creaky (his best vocal work often appears on interpretive albums such as 2017's Best Troubador, 2018's Wolf of the Cosmos, and 2013's What the Brothers Sang, the latter a collaboration with Dawn McCarthy), and the arrangements may be full-bodied or spectral (the evolution from Palace Brothers' 1994 album Days in the Wake to 2001's Ease Down the Road and 2004's Bonnie "Prince" Billy Sings Greatest Palace Music is instructive), but the literacy and emotional power of his songs have been constant in his recorded work, and he's grown from being an interesting outlier in alt-country to a respected figure in folk and roots music circles.

The Louisville, Kentucky native worked as an actor during the late '80s and early '90s, starring in John Sayles' 1987 mining film Matewan, appearing in the 1989 TV movie Everybody's Baby: The Rescue of Jessica McClure, and the 1991 big-screen film Thousand Pieces of Gold. Oldham debuted as a musician in 1992 with the Drag City single Ohio River Boat Song, which he released as Palace Songs; his debut album, There Is No-One What Will Take Care of You, arrived the following year as a Palace Brothers offering. By 1995's Viva Last Blues, he was beginning to work as Palace Music, a name that stuck until 1997's Joya, which Oldham released under his own name. However, with 1998's Black Dissimulation and the following year's I See a Darkness, the Bonnie "Prince" Billy name seemed to stick, for the most part: Aside from the soundtrack Ode Music and Guarapero: Lost Blues 2, the majority of Oldham's work from then on was credited to Bonnie "Prince" Billy. Ease Down the Road arrived in early 2001, featuring collaborators David Pajo, Catherine Irwin, Mike Fellows, and Harmony Korine. Master and Everyone appeared two years later. In 2004 came the release of a rather surprising project for Oldham -- Bonnie "Prince" Billy Sings Greatest Palace Music, in which his usual collaborators were joined by a band of Nashville session musicians for a set of polished re-recordings of songs from his back catalog. Oldham's next project found him collaborating with guitarist Matt Sweeney (who had previously worked with Chavez and Zwan, as well as playing banjo on Ease Down the Road) for the evocative January 2005 release Superwolf. Reflective, bittersweet, and achingly melodic, it was praised as one of the year's first truly strong albums. Oldham and Sweeney followed up Superwolf that July with an extended single, I Gave You, featuring two non-album tracks. Sweeney was also on hand for the live album Summer in the Southeast, issued by Sea Note in November 2005. Oldham and Sweeney were joined by a full band for the shows. The singer released another solo album, The Letting Go, in September 2006 and followed it up with an EP of cover songs titled Ask Forgiveness in November 2007. Oldham was especially prolific in 2008, beginning the year with the live album Wilding in the West, an Australia-only release recorded in California during his 2007 tour. That spring, Oldham returned with Lie Down in the Light, one of his more polished efforts, which he followed that fall with Is It the Sea?, another live album recorded on his 2006 U.K. tour and released by Domino. Just a few months later in spring 2009, Beware, an ambitious effort featuring contributions from Rob Mazurek, Azita Youseffi, and the Mekons' Jon Langford, arrived, and yet another live effort, Funtown Comedown, appeared before the year was up. His next project involved the Cairo Gang, loosely a solo project for guitarist Emmett Kelly (who had often played with Oldham). The co-billing produced a record in early 2010 entitled The Wonder Show of the World, followed by the similarly themed Wolfroy Goes to Town in 2011. Marble Downs, a collaboration with the like-minded Trembling Bells, appeared in 2012, as did Now Here's My Plan, a six-song EP under the Bonnie "Prince" Billy moniker that included reworkings of older tunes. The EP served as a companion piece for Oldham's book Will Oldham on Bonnie "Prince" Billy, a collection of conversations between Oldham and experimental sound artist Alan Licht. In 2013, Oldham re-teamed with Letting Go guest vocalist and Faun Fables frontwoman Dawn McCarthy for What the Brothers Sang, a collection of Everly Brothers covers. That same year, he self-released an unannounced self-titled album on his Palace Records imprint. Oldham took the grassroots approach on the album very seriously, going as far as hand-delivering copies to record stores as a means of distribution. In 2014, the 11th Bonnie "Prince" Billy album, Singer's Grave/A Sea of Tongues, materialized. Though Oldham had been constantly prolific, the record was his first substantially distributed original material since 2011's Wolfroy Goes to Town, though much of the album reworked songs from that era with different arrangements. In early 2016, Oldham took a look back with the album Pond Scum, a set of live-in-the-studio recordings originally cut for John Peel's BBC radio program, which included a number of Palace/Bonnie "Prince" Billy favorites and an idiosyncratic cover of Prince's "The Cross." That same year saw Oldham collaborating with Krautrock revivalist Cooper Crain's Bitchin Bajas on the LP Epic Jammers & Fortunate Little Ditties, as well as releasing a second album with Trembling Bells, The Bonnie Bells of Oxford. In May 2017, Oldham issued Best Troubador, a tribute to Merle Haggard in which Bonnie "Prince" Billy and his friends covered 15 songs written or recorded by the great country star. Oldham returned in 2018 with another album of covers. On Wolf at the Cosmos he interpreted every song from Norwegian singer Susanna's 2007 album Sonata Mix Dwarf Cosmos; "People Living" was released as the album's lead single. In 2019, Oldham collaborated with Bryce Dessner and Eighth Blackbird on When We Are Inhuman, which was part of Dessner's Murder Ballades series. By the end of the year, Oldham released I Made a Place, the first collection of brand-new original Bonnie "Prince" Billy songs since 2011's Wolfroy Goes to Town. In the summer of 2020, Oldham contributed four new songs to Hello Sorrow Hello Joy, a split release with Three Queens In Mourning. The project from Alasdair Roberts, Alex Nilsen, and Jill O'Sullivan (longtime friends and collaborators of Oldham's) found them covering many of the best-loved Oldham-penned songs, while he offered up three cover tunes and one country romp in the style of his most recent album. ~ Heather Phares & Stephen Thomas Erlewine, Rovi