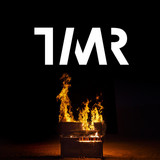 The band „Troublemaker’s Riot“ formed in Munich/ Bavaria in 2012. The very first focus of the six musicians was to recall the old and rough sound of 50s and 60s Rock’n’Roll.  Year by year and EP by EP they started to feel limited by reproducing the ductus of only two decades of musical settings and the quota of their own musical development considerably increased.  The Troublemakers kept the characteristic instrumentation of the early days of Rock’n’Roll which is still an essential part of their vintage sound and added some gruff sounds of a Hammond organ.  The songwriting and lyrics also turned more into an unique kind of Blues-Rock and various contemporary forms of it.  Inspired by the nature, the massive mountains and peaceful lakes of their homeland, their classic cars and motorbikes, and not to forget the long and deep friendship between the band members, the nativeness and pure energy is a perceptible ingredient of that band.  By now, the “Troublemaker’s Riot” acquired a highly visible quality through countless concerts in southern Germany and Austria, successfully represents its remarkable style of Rock’n’Roll and is aiming for performing their own music also in other countries at festivals and concerts.