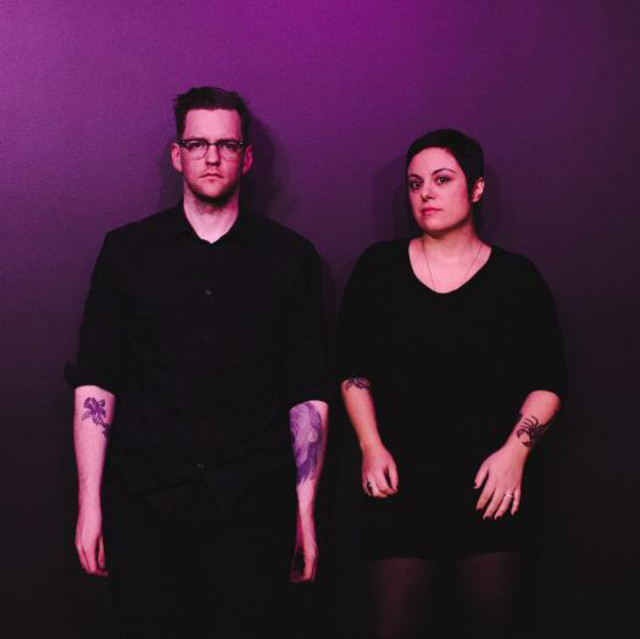 Inspired by the magic of fairy tales, myths, and legends, Golden Gardens craft sparkly and ethereal pop-tinged anthems perfect for the enigmatic and silvery landscape of the Pacific Northwest. The project began as a duo with Aubrey Bramble and Gregg Neville living on separate coasts (Seattle and Tampa respectively). Neville moved to Seattle in 2012, and with the addition of multi-instrumentalist Carl Germain in 2017, they made their mark on the ever-growing PNW etherpop scene.

Their third full-length, Reign, is a sharp and lustrously shimmering collection produced by Martin Feveyear (Mark Lanegan, Jesse Sykes, Mudhoney). Full of crystalline synths and glittery vocals contrasted with a razor-sharp edge of bright electric guitars, the LP spent multiple weeks at number one on the KEXP Northwest Music Chart and made it onto the Village Voice Music Critics' Top Albums of 2016 list; the album also received accolades from City Arts, The Seattle Times, Haute Macabre, and 107.7 The End. Singles "Extrasolar Heartbeat" and "Dream of Venus" were both selected for KEXP's Music That Matters podcast series, with "Extrasolar Heartbeat" also making "Song of the Day." Golen Gardens' most recent single, "Desert Rose," was produced by Randall Dunn in 2019. "Their dreamy, dark, ethereal pop would provide the perfect backdrop for [David] Lynch’s noirish scenes of mysterious goings-on in the dank forests of the Pacific Northwest." - The Seattle Times