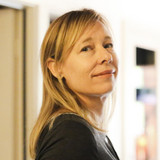 Amanda Brown is a film composer, musician and songwriter from Sydney, Australia. She plays a variety of stringed instruments including violin, mandolin, guitar and bass and has been composing music for the screen since 2000.   Amanda also has career as a multi-instrumentalist in several bands. She was a member of The Go-Betweens, with whom she recorded two albums and toured the world. She has appeared with artists including R.E.M, The Apartments and Toni Collette and continues to perform live when not scoring for film and television.   Amanda has composed scores for feature films including Babyteeth, Brazen Hussies, Kairos, The Family, UnIndian, Son of a Lion and Look Both Ways and co-composed music for Red Obsession and Kings of Mykonos. She has a long list of television music credits including drama series RFDS, The Secrets She Keeps and Grace Beside Me and has won several industry awards.   Amanda has an extensive discography of work with a range of artists including silverchair, The Vines, Died Pretty, Youth Group and The Church. Associated Artists: The Go-Betweens