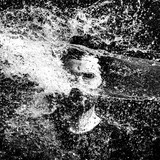 Paulius Kilbauskas is a highly respected Lithuanian producer, composer, instrumentalist, a former member of a band once called one of the most influential and forward thinking bands in Lithuania in the 90s. Paulius has made his name in the film industry by creating a number of noteworthy film soundtracks. Aubagne film festival 2019 nominated his collaborative work with Vygintas Kisevičius for the film ’Sasha Was Here' for the best film soundtrack award. Kilbauskas was awarded with the Lithuanian film award “Sidabrinė Gervė” award for best original score “The Gambler” (created together with Domas Strupinskas). Furthermore, movie “Redirected", which soundtrack was composed by P. Kilbauskas was acknowledged as the most popular movie in Lithuanian cinema history. In his most recent solo album Paulius has explored the world of Gamelan music by recording the ‘Elements’ together with local musicians in Bali. A product of deep creative explorations, ‘Elements' is the result of Paulius’s extraordinary talent in capturing and manipulating an ambient soundscape.