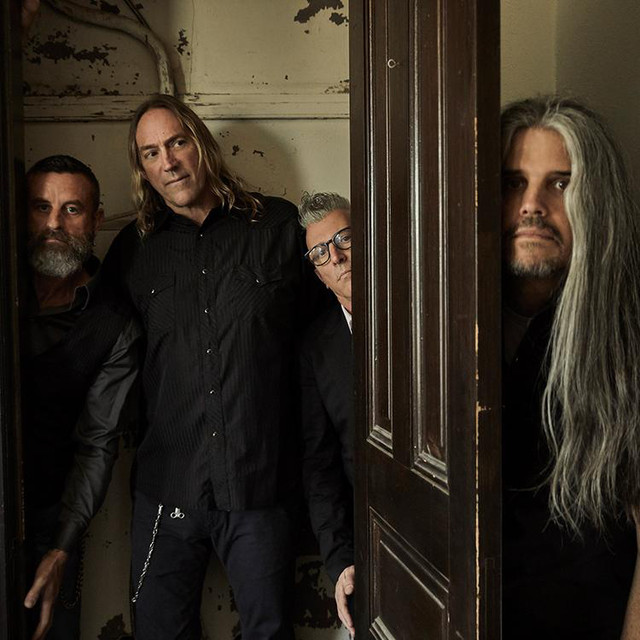 Tool established themselves as one of America's most enduring and unpredictable acts with an ever-evolving brand of muscular but mind-altering sonics, a wry sense of humor, and a mystical aesthetic that attracted a cult-like following of devoted fans with just a handful of albums spread across decades. Their greatest breakthrough was to meld dark underground metal with the ambition of art rock, crafting multi-sectioned, layered songs as if they were classical composers. While embracing the artsy, they also paid musical homage to the relentlessly bleak visions of grindcore, death metal, and thrash. Even with their post-punk influences, they executed their music with the sound and feel of prog-rock, alternating between long, detailed instrumental interludes and lyrical rants in their songs. Debuting in the early '90s with Undertow, they were initially lumped in with the nu-metal contemporaries of the time, which made them a hit on rock radio with their sophomore effort, 1996's Ænima. However, they soon broke away from those associations, evolving beyond the confines of traditional song structures and song lengths, crafting epics that often clocked in past the ten-minute mark on LP head-trips Lateralus (2001) and 10,000 Days (2006). After a lengthy 13-year hiatus, they returned to the fold in 2019 with their fifth opus, the chart-topping, Grammy-nominated Fear Inoculum. Formed in Los Angeles by percussionist Danny Carey, guitarist Adam Jones, vocalist Maynard James Keenan, and original bassist Paul D'Amour, Tool had a knack for conveying the strangled, oppressive angst that the alternative nation of the early '90s claimed as its own, which helped them slip into the scene during the post-Nirvana era. Buffered by a prime slot on the third Lollapalooza tour in 1993, their debut full-length album, Undertow (Zoo Entertainment), rocketed to platinum status. Fervor for the band even resurrected their first effort, 1992's Opiate EP, on the Billboard charts. While they were in the studio recording a follow-up, D'Amour amicably parted ways with Tool and his spot was filled by Justin Chancellor. By the time the fresh quartet delivered their sophomore album, Ænima, in late 1996, the alternative rock mainstream was ready. The album shot to number two on the Billboard charts and was certified multi-platinum in less than a decade. Singles "Stinkfist," "Forty Six & 2," and the Grammy-winning title track were all Top Ten hits on the U.S. Rock chart, boosted by the twisted and often disturbing music videos created by Jones. After a co-headlining slot with Korn on Lollapalooza '97, Tool remained on the road, supporting Ænima into the next year. As nu-metal established its mainstream dominance at the close of the decade, Tool returned to the shadows. During their hiatus, Keenan formed a side project with former Tool guitar tech Billy Howerdel. A Perfect Circle debuted in 2000, and their album Mer de Noms was a surprise hit. Their ensuing tour was a sold-out success as well, which only served to fuel Tool breakup rumors. To quell the speculation, they issued the stopgap B-sides/DVD set Salival late the same year. Meanwhile, in the studio, the band continued to journey down a new path that further distanced them from the mainstream. Delving deeper into their own mythos, songs grew longer, lyrics more inscrutable, and artwork increasingly psychedelic. Though they retained their pummeling, metal-oriented base, the quartet smashed the formula by further experimenting with complex time signatures, expansive atmospherics, and a classical approach to song compositions. The first taste of 21st century Tool arrived in January 2001 with the Grammy-winning single, "Schism," which was also their first song to chart on the Hot 100. Lateralus (Volcano) arrived that May, topping the Billboard 200. Subsequent singles "Parabola" and "Lateralus" were favorites on the U.S. Rock charts, and the album soon went multi-platinum. After another several-year sabbatical -- during which time Keenan bounced back to A Perfect Circle -- the group returned with another chart-topper, 2006's 10,000 Days. Their most esoteric statement yet, the album spawned the singles "Vicarious," "Jambi," and U.S. Mainstream Rock number one "The Pot." Although it was also the band's lowest-selling effort to date, the record still managed to win the group their third Grammy Award for Best Recording Package. At the conclusion of touring, Tool began another extended hiatus. Although the band re-emerged for a brief summer tour in 2009, it would be another ten years before fans could hear new music. During this period, Keenan debuted his de facto solo project, Puscifer, and returned for a third album with A Perfect Circle. Behind the scenes, the band was also bogged down by a lawsuit that wouldn't be resolved until 2015. The next year, shaking off the cobwebs, Tool returned to the road for another quick jaunt in the U.S., kicking off another cycle of speculation from fans starved for new material. After an interminable 13-year gap between albums, Tool returned in 2019 with their epic fifth album, Fear Inoculum. Their third straight chart-topper, the set also featured their second Hot 100 placement to date, the ten-minute title track, which became the longest song to ever appear on that chart. Meanwhile, for the first time, Tool made their entire discography available for streaming; this propelled all of their past albums back to the charts, breaking records in the process. They embarked on a sold-out arena tour of the U.S. alongside Killing Joke and capped their successful comeback with a pair of Grammy nominations for "7empest" and "Fear Inoculum." The former track scored them a Grammy in 2020 for Best Metal Performance. ~ Neil Z. Yeung & Stephen Thomas Erlewine, Rovi