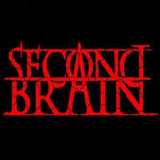 With a background ranging from thrash metal to experimental and classical music, Second Brain's founding members Agravain (vocals, guitars) and Lala Gabarth (backing vocals, cello, synth) recorded their first 4-track demo Into the Circle in 2010. Following that highly experimental release, the duo went on a brief hiatus between 2011 and 2012. In 2013 Agravain and Gabarth began work on their first full-length album. Titled Synthesis and released in May 2014, it marked a step forward in terms of songwriting with shorter, more aggressive songs and the electronic element now fully integrated into the band's music. The album received positive feedback both in Italy and abroad. In 2014, bassist Anagoor joined the band. After a few rounds of gigs in Italy in 2016 and 2017, Second Brain entered the studio in 2018 to record their second albu. Titled "The Mind Awakes", it will be independently released on 24 January 2020. The band is completed by lead guitarist Dagonus and drummer Dominum.