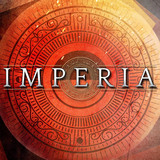 IMPERIA is an atmospheric metal band who’s sound is especially evident by the distinguished voice of Helena Iren Michaelsen who sings in a variety of styles from deep emotional feelings to extreme operatic expressions and grunts. The band is a true cross-border unit of musicians originating from different countries: Norway, Finland, Holland and Belgium. The first release of IMPERIA was a cover-song “Lotus Eaters” for a Dead Can Dance tribute album which was released in the spring of 2004. In the summer of 2004 IMPERIA played their first gigs and also recorded their debut album “The Ancient Dance of Qetesh” (2004) In 2005 the band recorded another project called Angel. The album “A Woman’s Diary – Chapter I” was released by Black Lotus Records (2005) The second IMPERIA album was titled as “Queen of Light” and it was released in the early 2007. In the autumn of 2010 IMPERIA started recording their third album titled as “Secret Passion” (2011) In April 2015 IMPERIA entered the Spacelab studio in Germany once more and recorded 13 tracks for the new album. The title “Tears Of Silence” was chosen as a title for the new album, which was released the same year In 2017 IMPERIA started writing material for the new album and by the early 2018 everything was ready to get busy again. The symbolic title Flames Of Eternity was chosen for the new album. In 2020 the band recorded a new album The Last Horizon that was released on 26.03.2021!