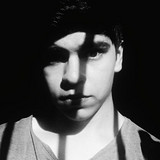 Diego Pablo Layana, also know as mnstrm., is an electronic music producer from Atacama, Chile. He is influenced by genres like Hip-Hop, Trance and Experimental Music. In May of 2020, he released his first EP called Purify which contains four tracks that are characterized by experimental elements. The EP was released by Good Vibes Only label. In December of the same year, he participated in the compilation of Bonsai Collective called "IRIS" with the track Sand Angels. After some collaborations, he returned in 2021 presenting the single Time with the Chilean producer Katala., released on Hustle & Humble Label. Contact: mnstrminfo@gmail.com