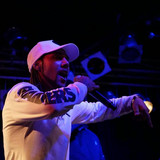 ( lilmaseofficial.com ) Originally from Cairns in tropical North Queensland, Perth based Hip Hop artist 'Lil Mase' appeared out of no where into the music scene and in August 2018 released his first single 'Automatic' which was distributed under Warner Music Australia and is currently available on all of the major streaming platforms. Since then Lil Mase has demonstrated an intense work ethic, independently dropping new tracks monthly accompanied by official music video clips that can be viewed on his YouTube channel or his official Facebook fan page. He has a second single soon to be released with A&R distribution to all streaming platforms in the near future. Prior to his first official track Lil Mase has been working underground for quite some time rocking the mic at shows including clubs, community events, festivals and opening support slots for international artists. His live shows are known for bringing that OG vibe to the stage. Lil Mase has now teamed up with DJ Deadly which also has DJ’d for various artists throughout Australia. DJ Deadly has dubbed Lil Mase as the ambassador of the Deadly Onez (clothing line) which has lead them down the path of starting up there groupwear called ‘Lil Mase And DJ Deadly Movement’. Lil Mase now has his own online store which you can purchase a signed hard copy of his latest album VERSATILE Available at lilmaseofficial.com You can catch Lil Mase on up amd coming tour/shows coming to a town near you.