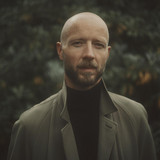 One of Norway's most enduring artists, Sivert Høyem is best known as the former singer of rock band Madrugada, as well as a popular solo artist and storyteller whose distinctive voice recalls a combination of the timbres of Leonard Cohen, Nick Cave, and Neil Diamond. Born in 1976, Høyem grew up in Kleiva, a small village near Sortland, in northern Norway. He moved to Oslo to study history and pursue music, joining his future Madrugada bandmates in 1993. They signed with Virgin Music Norway in 1998 and released their debut, Industrial Silence, in 1999. Winners of the Spellemann (Norwegian Grammy) award, Madrugada released five full-lengths, a live album, and a best-of collection before disbanding in 2008 after the passing of their founding guitarist, Robert Burås. However, Høyem's solo career had already begun years before Madrugada's farewell. His solo debut -- Ladies & Gentlemen of the Opposition -- was released in 2004 and the one-off album Exiles with his other band, the Volunteers, arrived in 2006. After Madrugada's end, Høyem released three chart-topping albums: 2009's Moon Landing, 2011's double-platinum Long Slow Distance, and 2014's Endless Love. In 2015, his Wild West-tinged song "Black & Gold" was chosen as the theme for the Norwegian hit television show Okkupert (Occupied). The following year he released his sixth solo album, Lioness, a patient and nocturnal journey that toned down the rock muscle and amplified the atmospherics surrounding his smoky vocals. ~ Neil Z. Yeung, Rovi