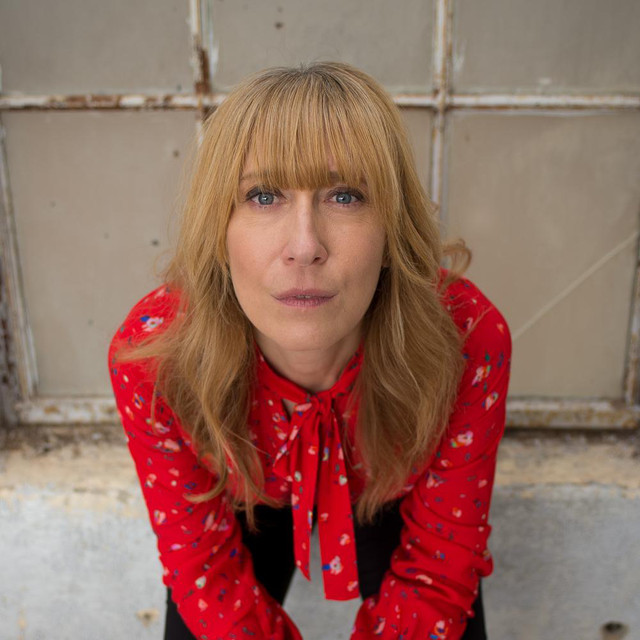 Anchored by the powerful vocals and incisive songwriting of Erika Wennerstrom, the Heartless Bastards are a roots rock band whose tough, emotionally resonant music incorporates elements of blues, hard rock, garage punk, and country as filtered through tales of a hardscrabble life lived in the American Midwest. Erika Wennerstrom was born in Dayton, Ohio; her parents broke up when she was nine, leaving her mother to support her and her brother. She grew up with a keen interest in music and songwriting, but it wasn't until she was 18 that she summoned the courage to begin singing in public after she'd dropped out of school, left Dayton, and settled in Cincinnati. Wennerstrom picked up a guitar, began writing songs, and started performing at open-mike nights and for family and friends, and in 2002 she decided to form a band. Taking the name "The Heartless Bastards" from an incorrect answer on a multiple-choice trivia game (the question: what is the name of Tom Petty's backing band), Wennerstrom cut a demo tape late in the year with a handful of local musicians, including guitarist Reuben Glaser, bassist Jesse Ebaugh, and drummer Dave Colvin. In the summer of 2003, the Heartless Bastards began playing out with a lineup that featured Wennerstrom on vocals, guitar, and keyboards, Mike Weinel on guitar, Adam McAllister on bass, and Colvin on drums. This edition of the band proved short-lived, but the group found a stable lineup when Wennerstrom met bassist Mike Lamping. As Wennerstrom gained confidence in her skills on electric guitar, she and Lamping reintroduced the Heartless Bastards as a power trio with the addition of drummer Kevin Vaughn. The Bastards began playing regularly throughout Ohio and the Midwest, and when Patrick Carney of the Black Keys saw the band at a small club, he liked what he heard and passed along a copy of their demo to Fat Possum Records, the Black Keys' label at the time. Fat Possum liked the demo and signed the Heartless Bastards, releasing their first album, Stairs and Elevators, in 2005. A second album, All This Time, followed in 2006, and the Heartless Bastards were earning enthusiastic notices from critics and found themselves sharing stages with the likes of Wilco and Lucinda Williams. However, Wennerstrom and Lamping had become romantically involved, and when they broke up, they found it too difficult to work together, so Wennerstrom opted to fold this lineup of the group. She relocated to Austin, Texas and recorded a third Heartless Bastards album, The Mountain, using a handful of session musicians. When it came time to tour behind the album, she recruited Jesse Ebaugh and Dave Colvin, who had played on her first demos, to play in the new version of the band. The trio expanded to a quartet with the addition of guitarist Mark Nathan, who originally signed on as the band's soundman. In 2011, this edition of the Heartless Bastards went into the studio with Spoon percussionist Jim Eno serving as producer; the group's fourth album, Arrow, was released by Partisan Records in early 2012. Arrow became the Heartless Bastards' first album to break into the top half of the Billboard Top Albums chart, peaking at number 78. In August 2014, the band settled into Sonic Ranch Studios in El Paso, Texas with producer John Congleton to begin work on their fifth album. The sessions resulted in Restless Ones, released in June 2015. ~ Mark Deming, Rovi