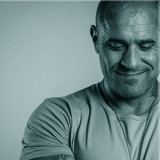 Mark Stent is a DJ and producer from South Africa. Since 2005, he has been a huge name in the South African DJ scene, effortlessly delivering many styles of music including house, tech house and techno. He owns three record labels: Stentfire Music, Flexual Records and 3 Girls Music, through which he releases his own music and that of other South African artists. He has had multiple radio number ones and chart-topping success on 5 radio stations. His track “Come back home” held number 1 on 5fm for 12 weeks, it was also the overall number 1 on the Top 100 for 2016. In 2020, Mark’s album ‘Solitude’ was nominated for a SAMA award for 'Best Pop Album'.