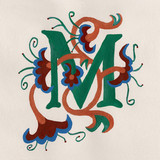 MELA was created by musicians Paul Sottnik, Frank Valente and Jake Payne at Fredonia University in 2016. Our mission is to offer music outside any imposed norms and that celebrates collaboration and diversity. Mela = to gather, which accurately expresses our goal to bring people together, including musicians, our audience and visual artists. They quickly brought together their first album which is self titled and features Shea Glasheen on bass as well as accomplished jazz musician Bruce Johnstone.

They spent the next few years writing more music and performing concerts around Western New York including Buffalo, Rochester and Jamestown. They regrouped for a second album in 2019 featuring Taylor Ford on bass and recorded again at Fredonia University. This time they utilized a custom studio set-up created by Tyler Will and Jaden Zhang. "Mela Two" was released June 1st 2019.