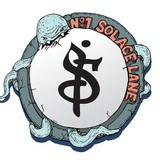 Selekt Few are a Perth based hip hop band going strong since 2009. We make music we enjoy, and pride ourselves in sharing honest thoughts on the personal and political issues we care deeply about. Fresh off the back of releasing “#1 Solace Lane”, a sold out album launch and performing Perth Festival comes the anticipated release of our latest single “This Is Not Fine” (4/09/2020). #1 Solace Lane is available here: https://selektfew.bandcamp.com/album/1-solace-lane #1 Solace Lane is the first instalment in a four-part vinyl series to be released in, the result of over 10-years writing and recording. The lead single “Not My Way” has received excellent reviews from industry professionals, eg: "This song is full of hooks! The melody is super catchy and I am singing along after one / a couple of listens. I can clearly hear the hook (chorus) coming up and it is a massive change in the dynamics and feel. Nice one. I really love this song and can’t really fault it." - Anna Laverty We have performed at venues all across the Perth metro area and the south west of WA, and are willing to travel within the state.