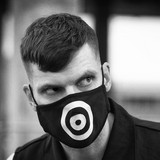 MICROPANiK is a Montreal-based indie electronic rock outfit. Their distinctive sound is a blend of synthesizers, a distorted bass guitar, organic samples, drums and sporadic vocals exclusively. They released their first electronica album, F.O.M., in 2012 which reached the charts of various Canadian college radio stations. In 2013, the arrival of a new permanent contributor behind the drums for the recording sessions brought a new sound to the band. It is now more rock oriented and emphasizes on a fuzzy bass, big rock drums, and dirty analog synths. MICROPANiK released Arbos EP in 2015 and was able to gain attention from North American media: “The result is something partly organic, partly synthetic. But it is all high energy and exciting” (Ride The Tempo). Playing with contrasts and opposites (micro vs panik, organic vs digital, atmospheric vs loud), the band releases Materia in 2017, an opus with post-apocalyptic vibes. “Quebec has become a hotbed for heavy, heaving rock. Now add this Montreal project, who also mixes electronica and avant-garde into their muscular music” (The Big Takeover Magazine - Brooklyn). Their fourth endeavour, Early Days… Et Démos, is born as part of the International Cassette Store Day 2018, along with bands such as Anthrax, Nada Surf, and Death From Above 1979. In 2019, JS Vaillancourt, the guy behind MICRO, immersed himself in the creation of a slightly humorous EP in order to break free from inner demons. Black Noël is released in 2020.