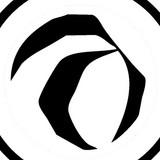 The Advent is one of the U.K.'s longest-running and most prolific techno acts. Formed in 1993 by Cisco Ferreira and Colin McBean, the duo established an instantly recognizable, uncompromising sound drawing from Detroit techno and electro, marked by hard, metallic beats thrust into warp speed. After releasing two studio albums (including the classic 1995 debut Elements of Life) and more than a dozen singles, McBean left the duo and Ferreira continued producing and performing as the Advent. Ferreira's subsequent output has alternated between electro releases like 2000's Time Trap Technik and straightforward techno material such as 2005's T.R.I.N.I.T.Y, in addition to dozens of intense, abstract singles with Industrialyzer. Ferreira returned to his electro roots with 2020's Life Cycles. Soon after leaving school, Ferreira began working as an engineer at Jack Trax Records, a job that enabled him to glimpse first-hand the work of such auteurs as Derrick May and Marshall Jefferson. He began recording in 1988 as part of Space Opera, an R&S Records project featuring label founder Renaat Vandepapeliere and other artists such as David Morley and CJ Bolland. He also recorded the first single for Fragile ("Why Don't You Answer" as himself) before meeting McBean, a top DJ who had worked with Keith Franklin of Bang the Party as the DJ team KCC. The pair began recording together in 1990; their first activity was an engineering job for Fade to Black (aka Jay Denham). The official debut of the Advent came in 1994, just after Ferreira signed to Internal Records (also the home of Orbital). He convinced McBean to join him in the recording of a series of crucially limited singles, then the debut Advent album Elements of Life in late 1995. Critics championed the duo's energetic update of original techno renegades like Derrick May and Kevin Saunderson, and the Advent followed with the remix album Shaded Elementz one year later. Their second proper album, A New Beginning, appeared in 1997, though Internal Records dropped the duo soon after its release. After founding the Metalbox imprint, the Advent returned later that year with Kombination Phunk, which alternated remixes with several original productions. They also released Who Knows !? G as G Flame & Mr. G in 1998. In 1999, McBean left, citing his reluctance to continue touring, though he continued to record under his solo alias, Mr. G. Ferreira continued his busy release schedule, issuing 1999's Destroyed as Soul Destroyaz, as well as EPs for labels like Tresor (the Sound Sketches series), Kombination Research, and Konsequent. His 2000 electro full-length Time Trap Technik was picked up by German label International Deejay Gigolo, and Tresor released the minimal techno album Sketched for Life in 2002 (the CD version came with a second disc containing his three previous EPs for the label). Recreations, a double-CD of source material by the Advent reconstructed by producers like Steve Rachmad and Mark Broom, also appeared in 2002. Light Years Away, another electro release, appeared on Electrix Records in late 2003. Ferreira returned to Tresor with the 2005 album T.R.I.N.I.T.Y. He released singles with producers such as Joey Beltram, Davide Squillace, and Tube-Tech, and additionally began a lengthy collaboration with Industrialyzer (Ricardo Rodrigues) in 2007, producing dozens of releases on labels like Drumcode and their own Codeworks. The Advent's full-length Sonic Intervention appeared in 2012, including collaborations with Cari Lekebusch and Paris da Black Fu (Detroit Grand Pubahs). Ferreira continued performing as the Advent and releasing singles on labels such as MB Elektronics and Klockworks. He revisited his past with 2019's Shadows, a collection of techno tracks recorded in the 1990s and issued for the first time by Mord, and 2020's Life Cycles (Cultivated Electronics), an album containing previously unreleased electro tracks with artwork nodding to the Advent's 1995 debut full-length. ~ John Bush & Paul Simpson, Rovi