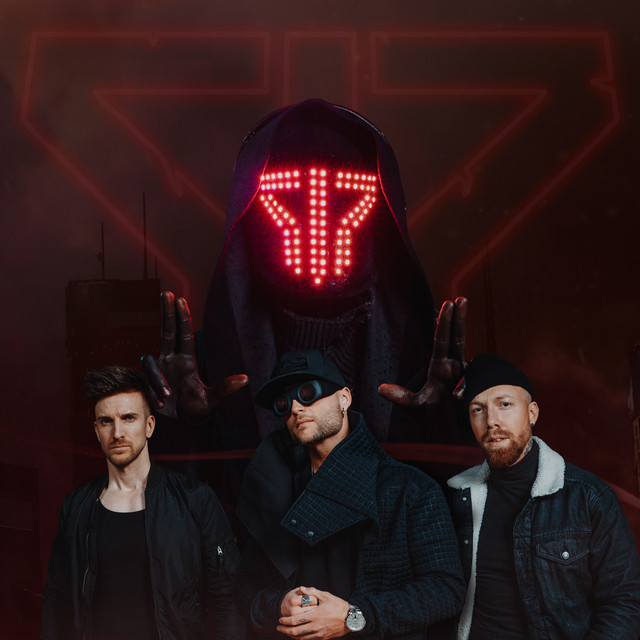 THIS IS SMASH INTO PIECES  With 5 released albums, over 180 million streams on Spotify and with more than 80 million views on YouTube, SIP have evolved into one of the fastest rising Scandinavian alternative rock bands to this date.   It all started back in 2009 when the very different but unique personalities found each other for the first time.. Benjamin Jennebo (Guitar): Born to entertain and easy to like. Per Bergquist (Guitar): The mastermind with a fetish for details. Chris Adam Hedman Sörbye (Vocals): The man with titanium vocal cords. The Apocalypse Dj (Drums): Having the skills of a superhero, DJ, and drummer combined, he is the leader of SIP! Inspired by bands like Imagine Dragons, Thirty Seconds To Mars and STARSET these 4 unique characters together creates the SMASH SOUND that is best being described as a mix between raw rock, electro and pop, summed up you could say = "CYBER ROCK"!   In aug 2020 SIP released not only an album, they released the beginning of a story that piece by piece through their lyrics and videos revealed a world, a digital world, the world of Arcadia! Now the Arcadian story continues.. In January 2021 SIP released the first single from their up-coming sixth studio album and with more than 60 live shows in 2021 / 2022 confirmed, among others the "WORLDS COLLIDE TOUR" with Within Temptation and Evanescence the future have never looked brighter for SIP!