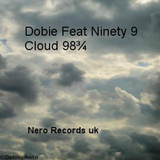 A London-based producer who has collaborated with the likes of Massive Attack, Tricky, Björk, Soul II Soul, London Posse , Alicia’s Attic, Lighthouse Family and Gangstarr. Anthony Alexander Campbell is better known to music fans by his moniker Dobie. He began his career in 1989, working on NSO Force Organization tracks for the genre-spanning label Vinyl Solution. Equally aware and in love with both hip-hop and underground dance music, Dobie was a natural for the Soul II Soul organization, who's co-leader Jazzie B recruited the young beatmaker to scratch and produce tracks for the group's 1989 debut, Club Classics, Vol. 1. Through Soul II Soul, Dobie met fellow producer Howie B and they went on to formed Nomad Soul, who signed with Island in 1991. In 1995, he would launch his solo career with The Dobie EP on Howie B.'s Pussyfoot record label. The EP featured frequent collaborator Rodney P, and was followed in 1998 by the debut album The Sound of One Hand Clapping. Free to express himself as an artist in his own right Dobie honed his sonic harmonics by teaming up with a diverse range of vocalists such as Rodney P, Lain Gray , ninety nine , Rassia and Roots Manuva, putting their poetry in motion. After Pussyfoot closed its doors, the BBE label would reissue a updated edition of the album, dubbed The Sound of One Hand Clapping Version 2.5, in 2005. The Big Dada label issued his official sophomore effort, We Will Not Harm You, in 2013.~ David Jeffries, Rovi.